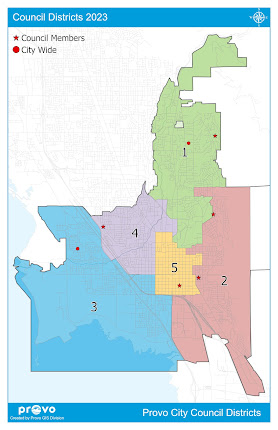 A big decision that came out of the March 29, 2022, Council meeting was the establishment of new City Council Districts. After completion of the 2020 US Census the Provo City Council was required by the State of Utah to make adjustments to the Council Districts to meet requirements based on the updated data.
After examining 120 maps submitted by the public, Councilors discussed the proposed maps and selected 11 of them to be placed on Open City Hall (OCH) for public feedback. OCH allowed the public to prioritize and comment on the criteria discussed by the Council and give input on the maps and the process. The Councilors and their staff are grateful to all who participated in this process, whether by submitting maps, commenting on OCH, or giving input in other ways.
The task of creating potential maps was particularly challenging since the precincts are created based on voter registration numbers and the Council Districts had to group precincts in a way that balanced population numbers. Making maps that address multiple goals (preserving a central district, creating a westside district, keeping southeast precincts in the same district, addressing high college student population areas, etc.) in the same map resulted in maps that didn’t meet the balanced population requirements.
Public input from OCH was provided to the Council for their March 29 meeting. Councilors had also received input via email, phone calls, and individual meetings. During the work meeting, the list of proposed maps was narrowed to three. A ranked-choice voting exercise was done with the three maps to provide additional insight for the final discussion at that night’s Council meeting.
The final map chosen is shown below. It is effective for any election or mid-term vacancy occurring after December 31, 2022. Council Districts remain in their current configuration until January 1, 2023. Although district designations are used in electing Councilors from specific areas, each elected Councilor is serving all the residents of Provo. 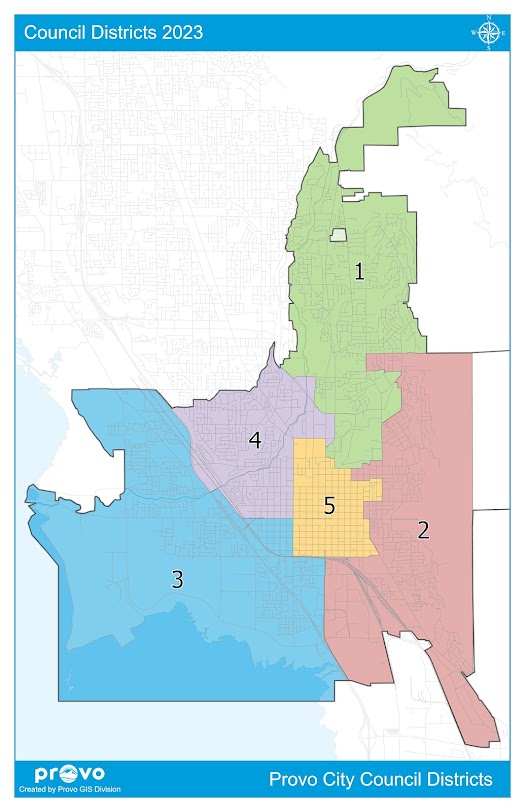 Even in 2023 the only impact of the new map is to govern any election or mid-term vacancy. Unless there is an early vacancy, the first use of the new map will be for determining residency of candidates running for Council Districts 1, 3, or 4. After  the election is held in November 2023, the new Council District map will be fully in place as Councilors are sworn into office in January 2024 (see the timeline below). Council Districts 2, 5, and Citywide I will have elections in 2025 for a term of office beginning in January 2026.
The only current Councilor who no longer lives in the district they were elected to is Shannon Ellsworth. She was elected to District 3, but the boundaries of that district will change in 2023 and she will be living in District 2.
TIMELINE
Here are the maps for each of the five Council Districts: 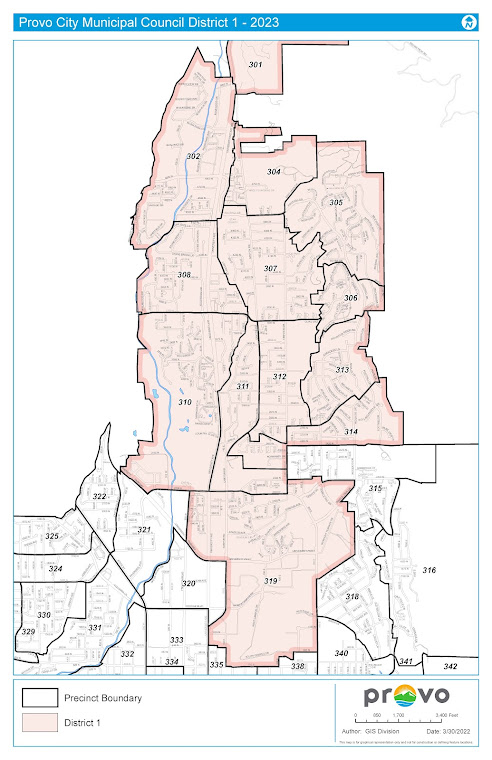 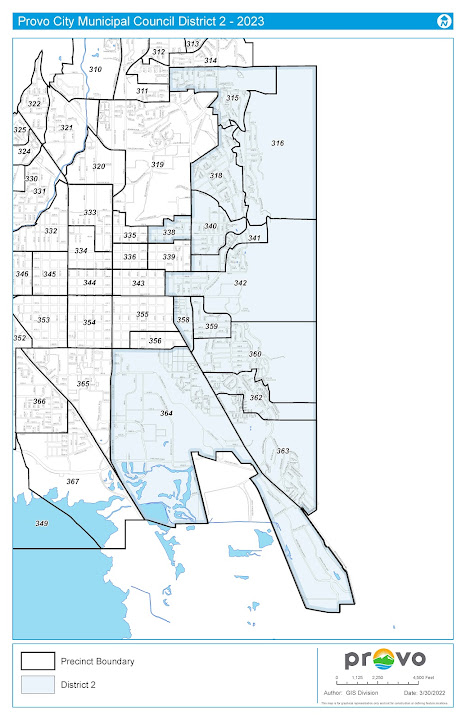 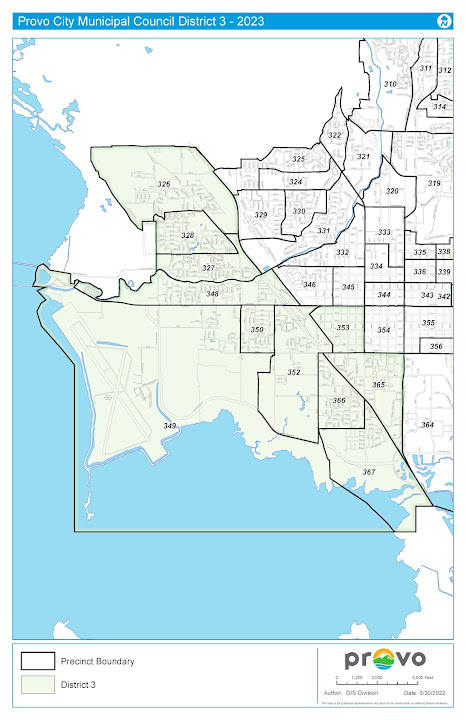 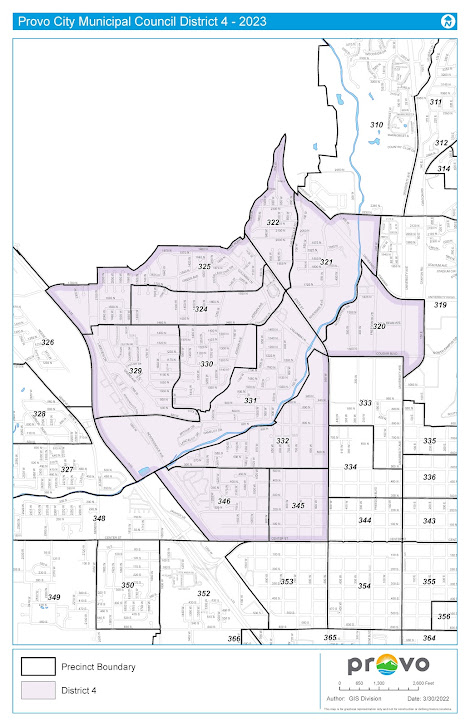 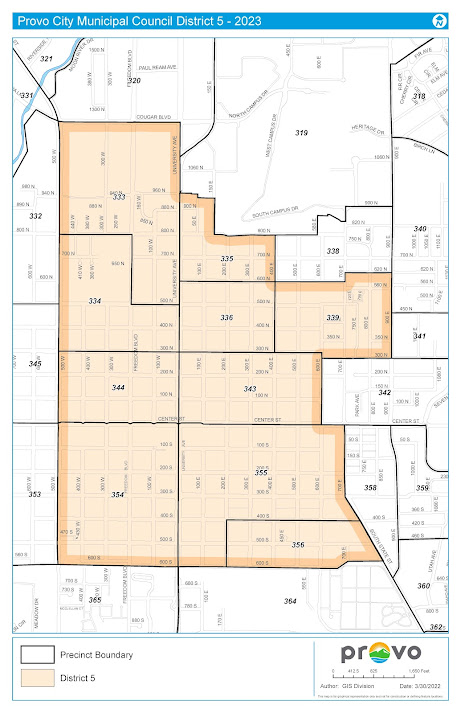 References in Provo City Code
* * * * * * * * * * * * * *
Comment below (requires Google account), on our Facebook page, through our online comment form, or by contacting Council Members directly. Comments/input on items appearing on an upcoming meeting agenda will be compiled and provided to Council Members the day before the meeting. **Note - your comments will be part of the public record.