Local Officials Day at the Legislature 2020 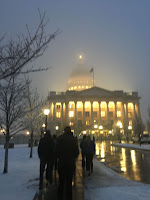 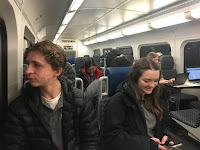 Several Council members accompanied the Provo Youth City Council to the Local Officials Day at the Legislature on January 29, hosted by the Utah League of Cities and Towns (ULCT). The day started by taking FrontRunner from the Provo station and then a bus to the Utah State Capitol.

Workshops were provided by ULCT on a variety of topics - lobbying for action, creating an inclusive council, advocating for arts and culture, conflict resolution strategies, issues forum, state and federal internships, and using municipal surveys to more effectively listen, decide and govern. 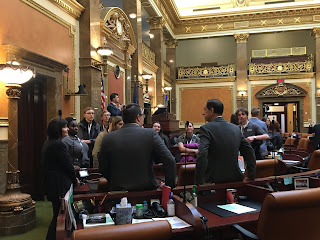 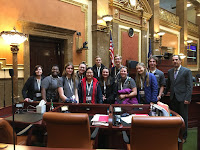 Representative Norm Thurston showed the group around the House floor. He and his intern spoke on their paths to involvement in government. Thurston's start came in Provo City's Neighborhood Program. 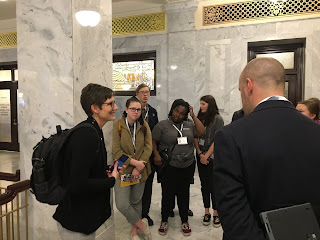 Later, Representative Marsha Judkins talked to the Youth Council about several current pieces of legislation being considered and had the youth weigh in with their own opinions. 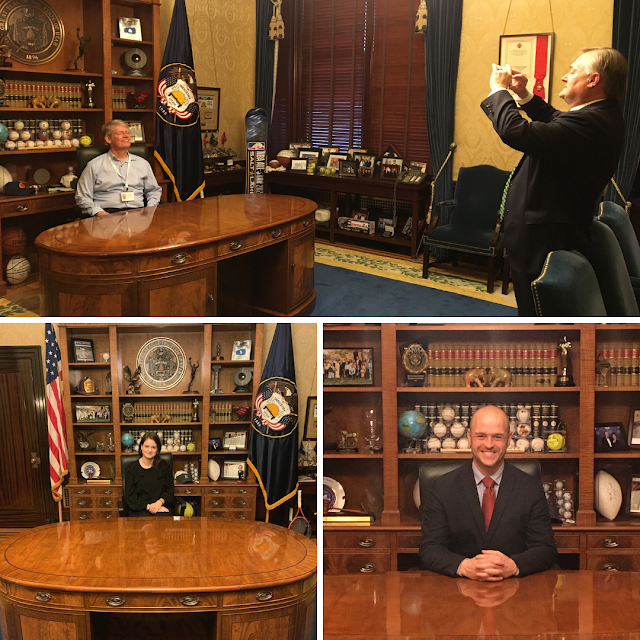 The Youth Council posed for photos in the Governor's office and later were invited to meet with Lt. Governor Spencer Cox in his office. Cox talked about the work he does now, as well as the roles he has had in government. 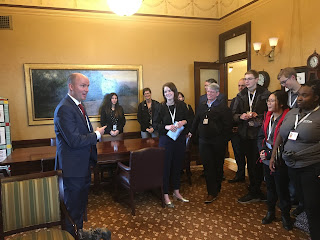 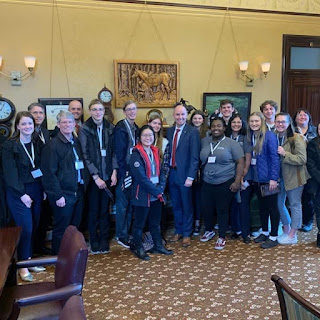 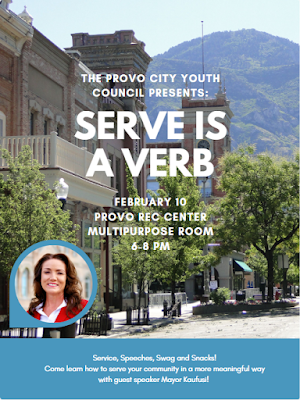 Representative Adam Robertson joined Provo's group for lunch, as did Mayor Kaufusi and some of her staff. The Council is grateful to everyone who took the time to speak with the Youth Council and encourage them to continue to get involved in their community.

The Youth Council is hosting a service night on February 10, with speakers (including the Mayor and some Councilors) talking about how to serve your community in a more meaningful way. This is a great activity for youth and their families.