Citizens Agenda for Meetings on August 27, 2019

Council meeting agendas are often difficult for people to navigate. Filled with jargon and legal requirements on how an item must be listed, it can be a challenge to determine what Council members are actually discussing or deciding on.
What follows is a staff interpretation of the agendas.
The official published agendas and supporting materials can be found here:  http://agendas.provo.org

(8/19/2019 updated for clarification) Over the past year, the Council Housing Committee has been working on finding ways to increase the number of affordable units within Provo City. One of the ways in which this has been considered is by easing the requirements on, and increasing the number of, accessory units. This applies to areas currently zoned with "A-" and "S-" overlays (indicated in residential zoning with an "A" or an "S" following the zoning designation).

Recently, the Council put this consideration forward to the Planning Commission and received a positive recommendation.  However, before the Council moves forward with the legislation they would like to receive input from residents. 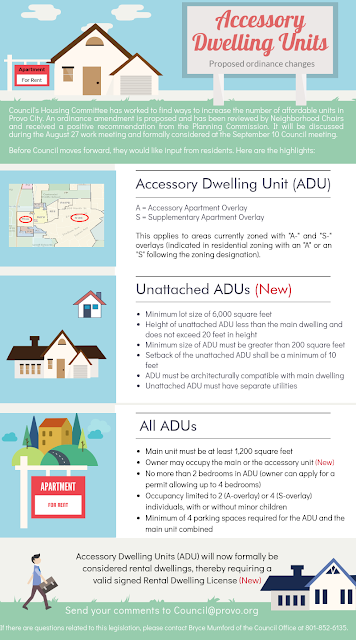 The Provo City Council, Planning Commission, and other public bodies have to obey specific statutes about public meetings. That includes giving a certain amount of public notice so residents know about those meetings. 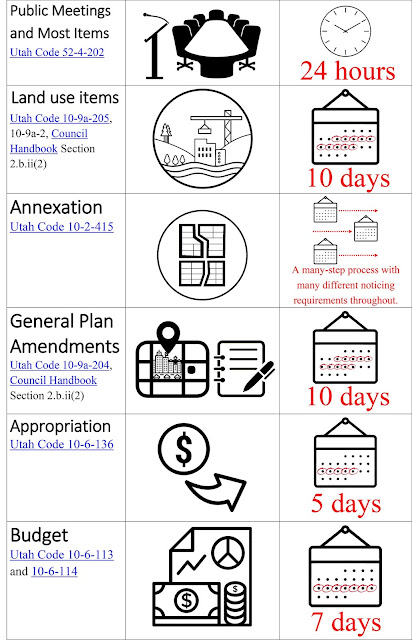