The Economic Impacts of Parks and Recreation

The benefits of Provo City's parks and recreation facilities have a broader impact than most people realize. Scott Henderson, Parks and Recreation Director, recently gave a presentation to the Provo City Council on the economic benefits to the area based on patrons and customers using those facilities. Those benefits often include hotel stays, dining out, and retail purchases in Provo.

The Covey Center for the Arts is a regional performance venue that regularly attracts visitors to Provo. There were 228 ticket performances in 2018, with 74,665 tickets sold. In addition to the more than $800,000 in ticket revenues generated, the Center was also used for free performances, rehearsal time, and classes. They estimate over 100,000 visitors came to downtown Provo because of the Covey Center and a survey estimated that patrons spend $1.9 million at Provo eating establishments annually. 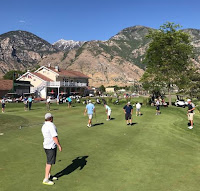 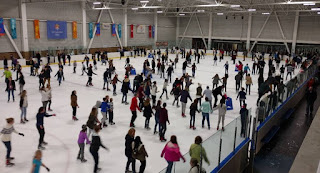 Peaks Ice Arena sees 385,000 patrons each year, 75% of whom are from outside of Provo. Peaks is the home of three college hockey teams, two high school teams, 29 adult league teams, and the Peaks Polar Bear Youth teams. As the host of the annual Utah Recreational Hockey League Tournament, they see nine organizations from outside Utah County attend over three weekends, bringing in over $1 million of spending in Provo. Peaks' figure skating program is in the top 15 in the nation. The US Figure Skating National Dance Finals will be held there September 4-7 this year, bringing 450 participants and a potential $860,000 in spending locally. This former (and potentially future) Olympic venue continues to be popular. An average public skate period at Peaks has 350 participants, while most facilities see an average of 50. 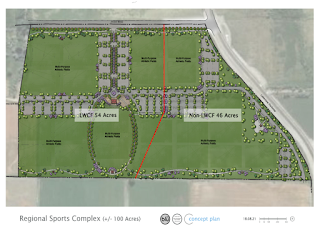 Provo's largest and most utilized recreational facilities are its parks and trails. Data shows that parks can increase adjacent neighborhood property values 5-22%. Information was also presented on the potential economic benefit of a proposed regional sports park. By hosting tournaments here in Provo, early estimates predict $11.89 in total local spending annually and the ability for the sports park to be self-sustaining.