Citizens Agenda for Meetings on August 29, 2017 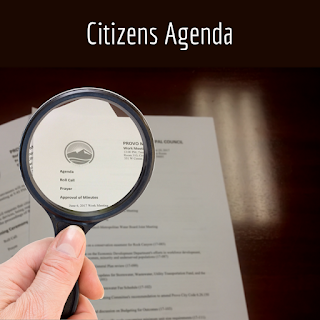 Council meeting agendas are often difficult for people to navigate. Filled with jargon and legal requirements on how an item must be listed, it can be a challenge to determine what Council members are actually discussing or deciding on.
What follows is a staff interpretation of the agendas.
The official published agendas and supporting materials can be found here:  http://publicdocuments.provo.org/sirepub/meet.aspx

Work Meetings are designed to be a less formal venue for discussion among Council Members. Generally, no public input is taken during the meeting.
Business