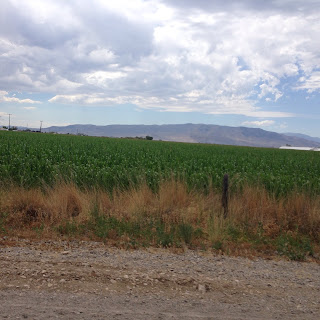 A common complaint heard by municipal councils is that people feel their voices aren’t heard. They don’t know a decision is being made until the last minute or they don’t know of an effective way to communicate with the council.

Councils may spend months or years considering an issue and not hear from constituents until the day or week of the final vote. And the quality of input from residents can depend on how knowledgeable they are about the subject.

The Provo Municipal Council set a priority at the beginning of the year to improve public engagement with more stakeholder groups, make the council more accessible to Provo citizens, and encourage and enable interested stakeholders to learn about, follow, and engage in issues that the council is addressing. Although present on social media, Sewell explains, “These are difficult for council members to engage in for a variety of reasons. One is the sheer volume of threads, many of which relate to administrative topics or local news rather than legislative topics.” He also points out that social media comments can get personal rather than focusing on the issues.
Council staff looked into a variety of online civic engagement tools that would provide a safe environment for citizens and council members to discuss current issues and obtain high quality feedback. Their recommendation was Peak Democracy’s Open Town Hall. Used by Salt Lake City and hundreds of other government agencies, Open Town Hall would allow the Council to ask for citizen input earlier in the process.

“This tool will allow us to provide information on issues so people have a better understanding before offering input,” said Karen Tapahe, community relations coordinator for the council. “We can ask for feedback through surveys, polls, priority lists, feedback statements, mapping tools, and more. It will be a great complement to the council’s blog and social media channels.”

At the October 18 meeting, Council authorized the signing of the contract with Peak Democracy and chose to name Provo’s online engagement tool “Open City Hall.” Open City Hall was launched November 1, 2016. Council members hope to see Provo residents start by providing input on planning for Provo’s west side. Go to OpenCityHall.Provo.org to see it for yourself.

Email ThisBlogThis!Share to TwitterShare to FacebookShare to Pinterest
Labels: Communication