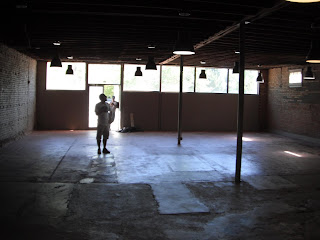 After seeing the large turnout supporting the Provo Bicycle Collective at the June 7 Council meeting we reached out to learn more about the Collective's plan to move from the Dixon Neighborhood to the Joaquin Neighborhood. Director Austin Taylor shared his thoughts and some photos from the big move.

"Provo Bicycle Collective has been operating for five years out of a glorified storage unit. With the recent implementation of a hired director and more trained staff, our services have expanded beyond what our old building could handle and demand was growing so much that there was not enough room for all those who wanted to volunteer or work on their bikes. 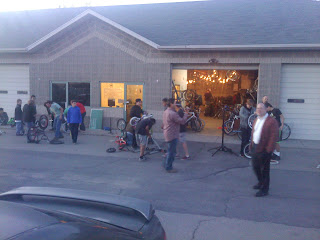 "In the spring of 2016, we began meeting with our current landlords and discussed the possibilities of moving. In April, we signed a lease agreement and proposed a zoning amendment before the Planning Commission. We had over 10 people ride their bikes to the meeting in support. It passed with little hesitation. 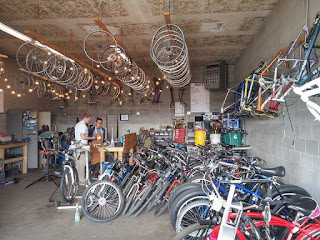 "After a month of building reparations, we were ready to move in and our request went before the City Council. This time, we had over 20 people in attendance at the meeting, about 15 of them riding bikes to the meeting. After about an hour of discussion, the amendment passed and we began the move within seconds of the news. Along with about 20 volunteers, we worked until midnight that same night to move nearly everything from our old location to our new one. Everyone was so excited to be expanding and moving into such a bike-friendly neighborhood. 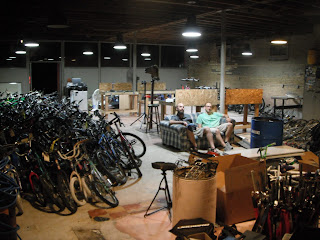 "We can't wait to see the changes we can make on the transportation culture of Provo. We hope to encourage thousands more to ride bikes and provide low-cost bicycles for those who would like to begin bicycle commuting."


For more information on the Provo Bicycle Collective and to see more details about this move, check out their blog. They are also in need of volunteers to help with some finishing details. Congratulations on your new space!