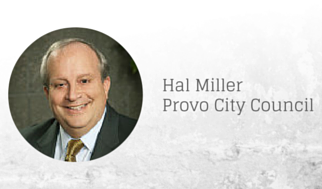 This final installment in a quartet of posts on the Municipal Council blog prior to my exiting the Council follows from reading that was underway prior to my joining the Council four years ago. I express gratitude to Karen Tapahe, the Council’s Community Relations Coordinator extraordinaire, for her kindness is arranging for my posts to appear.

The reading I refer to began many years ago in the heat of an academic controversy over the extent to which intellectual performance (sometimes referred to as IQ) is heritable. Two books by my doctoral-dissertation advisor Richard Herrnstein (including one co-authored with Charles Murray) fueled the controversy. Herrnstein is now deceased, but Murray recently authored a follow-up book entitled Coming Apart in which he explored sociocultural issues, especially those involving social class, more deeply than he and Herrnstein had previously. That earlier work had focused directly on the relation between ethnicity and intellectual performance.


Murray’s book led me to a series of other books, some of them unexpected best-sellers, that framed the same issues around the concept of inequality (sometimes, inequity). Most have been authored by leading economists, including Nobel Prize winners. They have in common a focus on the interrelations between economic, sociological, and behavioral factors in the spiraling gulf between the very wealthy in the world and the rest of its inhabitants. The books have made much of that gulf, both theoretically and speculatively, as a primary contributor to the ebbing of the middle class and the loss of upward mobility across the globe, even as extreme poverty is eradicated.

At the same time, I have kept active track of social experiments—small-scale, large-scale, and in-between—reported in the media in which regions, states, or municipalities have been at least semi-successful in reducing socioeconomic inequality. In many cases, the experiments and their outcomes have been consistent with recommendations advanced by the authors I referred to. This pleasing conjunction typically is situated in a communitarian context, that is, in a context in which there is explicit, broad-based investment of capital and social capital in community building. The communities are deliberately of smaller scale, numbering from the hundreds to the few thousands, thus to conduce to a face-to-face familiarity and a “this is our place” collective identity.

What Minneapolis, for example, has accomplished during the past few decades is exemplary and instructive. Though hardly perfect, its record of accomplishment in attracting and retaining a dynamic workforce by virtue of competitive salaries and affordable housing reflects a broad-based investment of capital and social capital to maintain infrastructure, improve education, and reduce socioeconomic inequality in the face of immigration, ethnic diversity, poverty, crime, and homelessness. Leaders of major corporations, consultancies, government, universities, unions, school districts, churches and other charities, and civic organizations have come together regularly at the same table for conversations about and to determine what can be done better. The results have been impressive.

While reading, I invariably have sought the relevance for my own city in what the books and articles have taught me. At this point, three takeaways stand out:


As I take my leave from civic service of one sort and move on to other sorts, I wonder whether Provo, supplied as it is with many citizens possessing Midwestern-like virtues, might more closely approximate the kind of community born of my reading. It has come a great way. Betterment beckons.

Comment below (requires Google+ account), on our Facebook page, through our online comment form, or by contacting Council Members directly. Comments/input on items appearing on an upcoming meeting agenda will be compiled and provided to Council Members the day before the meeting. **Note - your comments will be part of the public record.