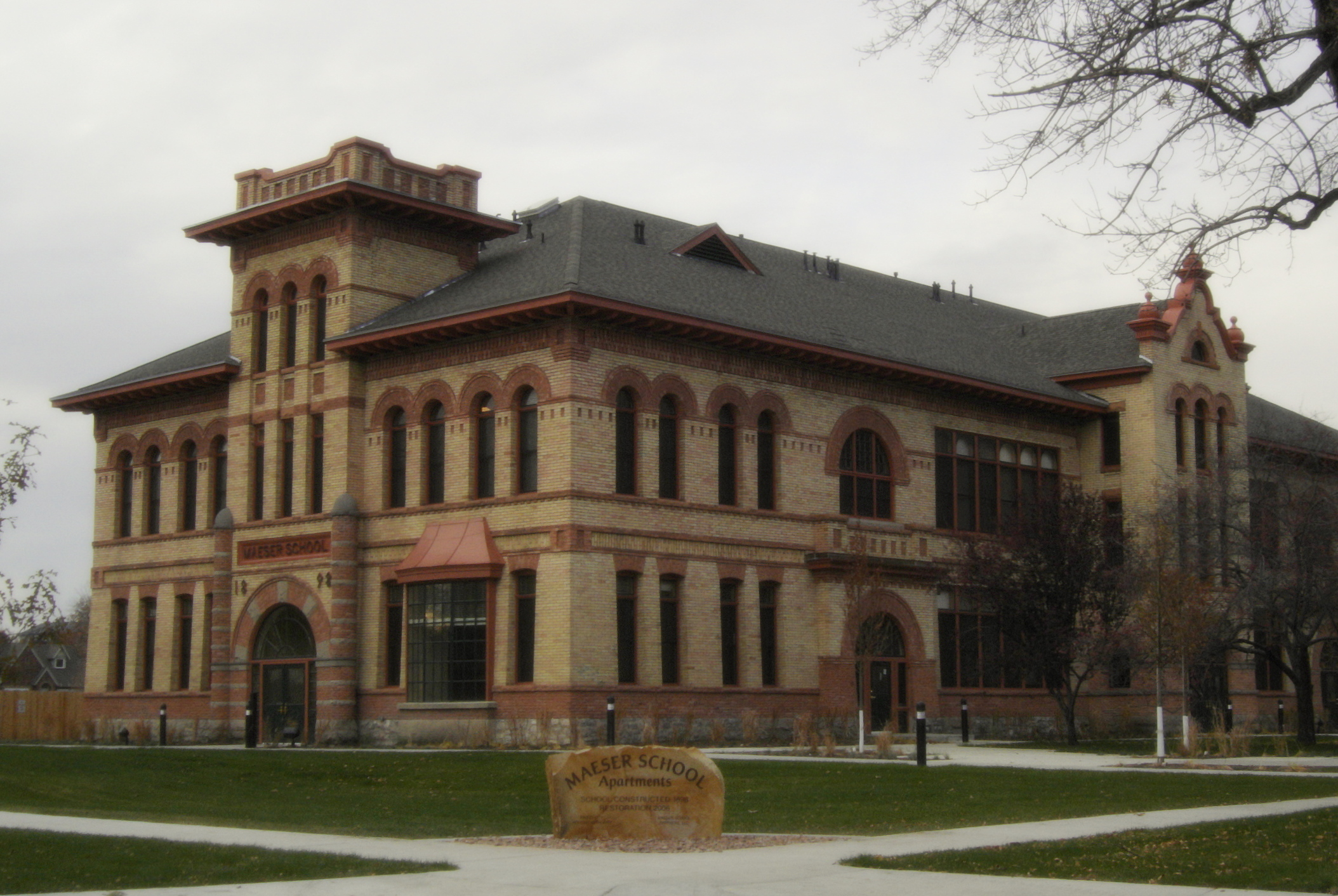 Dramatic "before and after" pictures were the order of the day with the Redevelopment Agency of Provo. I love the outside of the Pioneer Bookstore on Center street--it's a very visible example of a project done through the redevelopment agency. Other visible examples: the downtown Conference Center, the property south of the tabernacle/temple which got sold to the LDS Church, the Maeser School homes, and the Taylor House (Habitat for Humanity).
The job of this agency is to make improvements to blighted areas and basically help out people with low to moderate incomes and in certain areas through various programs.

What I got from the presentation is that there's a lot of money flowing through this agency. (1.2 million in 2014--2015 fiscal year from Community Development Block Grant alone). A lot of it comes from grants from the Federal government and also through increasing the value of properties and taking the difference in taxes.

The City Council acts as the board and the mayor as the CEO. They decide where the money goes! There is a Citizen's Committee that makes funding recommendations, and it's made up of the Neighborhood Chairs from certain areas that meet the income requirements. You can get involved by helping decide what projects the RDA should focus on, but it sounded like it would be difficult.

The RDA has a Consolidated Plan with a period of public comment, which is supposedly "an integral part of this plan," but they said they really don't get a lot of feedback. I asked more about this and was told they put public notices in the newspaper all the time. Well, I read the newspaper front to back every day, and I'm pretty sure those notices are in 6 point font, because the only part of them I've ever noticed or read is the headline. Also I was told we can write a letter to their office...which probably explains the input problem. I'm sure the director, David Walter, would be happy to get an email with input though, or you could talk to your Neighborhood Chair, or you can go to a City Council meeting in February or March when they are deciding where to spend the RDA money and make a public comment there. This last option actually seemed like the most effective one to me.

There are a lot of cool programs that go through this agency. Home purchase programs, emergency home repair grants, egress window addition program, storefront facade program, etc. Of course you have to qualify, and their website has some good info on that. They partner with a wide variety of organizations from 4-H to Habitat for Humanity. It must be satisfying to work here and see a tangible difference in your community due to your efforts.