Please Join Us to Say Farewell 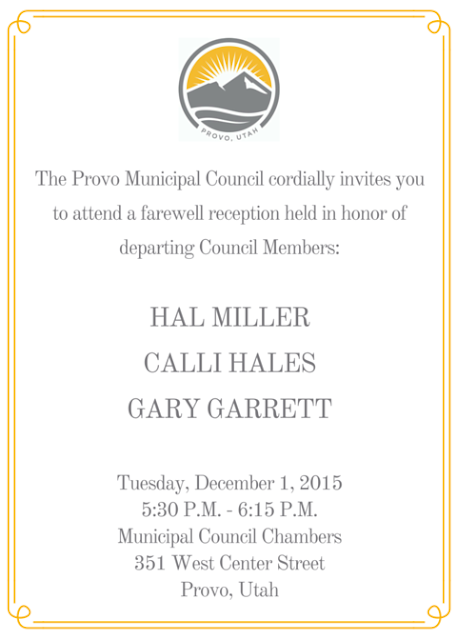 We invite you to join us in saying farewell to three Council Members whose terms of service have come to an end. Hal Miller, Calli Hales, and Gary Garrett chose not to run for reelection and will be honored in a brief reception at the beginning of the December 1, 2015, Council Meeting.

Join us at 5:30 p.m. on Tuesday, December 1, to offer thanks for their service on the Provo City Council and best wishes for the future. Miller and Garrett each served four year terms and Hales is completing a ten month term after being appointed to fill the vacancy left by Stephen Hales' passing.