Next Steps for Provo's RAP Tax

The 2015 General Election brought voter approval of the Provo's recreation, arts, and parks (RAP)
tax. This is an increase to the sales tax of 1 penny for every $10 of sales in Provo. It will be in effect for 10 years and would end at that time unless renewed by voters. 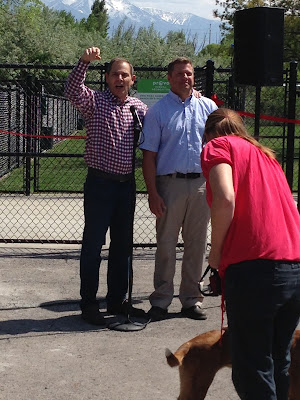 We're grateful to all those who gave us input during the process of deciding whether or not to place the RAP tax on the ballot. Your ideas and suggestion help us to know where the funds can best be spent as we discover the needs of the community.  We are also looking forward to receiving updates from Mayor Curtis and the Parks and Recreation Department on the use of these funds.