A Primer of Provo’s Municipal Government

Traveling on the Frontrunner north or south takes one through multiple municipalities, allowing comparative views from the rails—sometimes cramped and weed-covered, other times expansive and manicured.  Only a municipal councilor likely would also notice that the succession of communities represents a succession of different forms of municipal government as well.  The brief ride between Provo and Orem is illustrative.  Provo’s government exemplifies the Council-Mayor form of government and Orem’s the Council-Manager form, two of the five forms defined by the Utah League of Cities and Towns.

What is often perceived as a seamless visual transition between Orem and Provo belies their differences in governmental structure and in the consequences for administrative dynamics and policy making within each city.  My observations here are of Provo following nearly four years as a member of its Municipal Council.
Read more »
No comments:

Summary of the September 15 Council Meetings

Downtown Provo, Inc:
Brady Curtis from Downtown Provo, Inc. (DPI) delivered a quarterly report on their budget and activities. DPI has been involved with some very successful events and Curtis explained some of the positive and negative impacts on businesses in the area of an event. He recommended that the large events be scheduled for slower days like Saturday and Sunday to minimize the negative effects of street closures. He also mentioned the frustrations of restaurant owners when events like the Rooftop Concert Series bring in food trucks. Some restaurants have learned ways to cope with the situation and make bigger efforts to draw people in.

A legislative lobby -- in Provo? 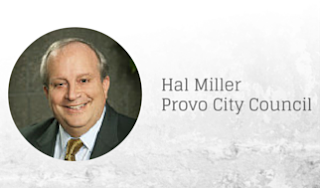 The issue of lobbyists is longstanding, and divided between those who view them as essential to democracy and those who eschew lobbyists as a curse on the process.

Recently, a novel approach to lobbying — the People’s Lobby — took flight for the first time in Provo. The concept is the brainchild of Dr. Jeff Swift, a BYU graduate, whose subsequently published doctoral dissertation at North Carolina State University described both the concept and its implementation as a means for citizens — the people — to experience grassroots lobbying first-hand.

Ordinarily, proposals originate with the city administration or council committees. The People’s Lobby offers a direct, citizen-driven path to the council’s legislative agenda.

As part of Vision 2030, Provo City established some goals regarding transportation. One is to promote the use of transit and alternate modes of transportation. Another involves complete street design parameters in conjunction with building new developments. Expanding bike lanes and paths increases the use of clean transportation. In the goals for family and neighborhoods, one of the objectives is to create and maintain bike trail and sidewalk systems that connect all parts of Provo. 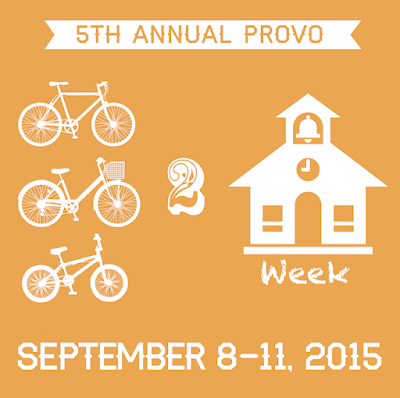 By keeping our eyes on this vision for Provo's future, we hope to increase health, safety, and connectivity among our residents. One of the great events that falls in line with this vision is Bike to School Week. Happening next week, students are encouraged to take the Bike-to-School Challenge and ride their bikes to school. Some great prizes are available and the school with the most bicycles for the week will win the Rad Riders Award.

Check with your school to see how they are participating. You can contact your school's PTA president or Aaron Skabelund of the Provo Bicycle Committee at a.skabelund@gmail.com for more information. Visit bikeprovo.org to find out more about Bike to School Week.

Summary of the September 1 Council Meetings

Provo Historic Tour:
The Landmarks Commission gave a demonstration of a mobile app they've been working on that explores historic buildings in Provo's downtown. In addition to information and historic photos, users can use the slider under the first photo for each site to fade back and forth between historic and current photographs. Audio narration is included for each of the sites on the tour. This app is currently only available for Android devices but they plan to develop one for the iOS (Apple) system as well. Council Member Calli Hales mentioned how important this project was to her late husband, Stephen.