Utility Rate Increases in the Budget

When Mayor Curtis submitted the proposed FY2016 Provo City budget to the City Council it included utility rate increases to fund ongoing operational and capital improvements throughout the city. Curtis also explained that, "a percentage of the increases will fund portions of the ERP computer software and Fleet facility."

In an effort to keep utility rates low, upgrades and replacements for the aging infrastructure have been delayed. Utility rates were raised as part of last year's budget but the City realized it wasn't enough to cover the needs in Public Works. The proposal included in the proposed budget calls for a monthly average rate increase of $65.56 by the end of the five-year period. 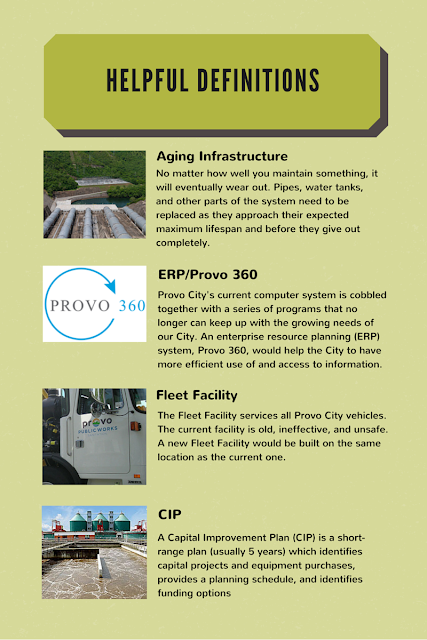 Even with the proposed increases, Provo's rates are still highly competitive and rank below almost all of our neighboring cities. The following graph shows where Provo is expected to be after the FY2016 rates go into effect: