Included in the Mayor's proposed budget for the next fiscal year is a proposal to place a Recreation, Arts, and Parks (RAP) Tax on November's ballot. This was unanimously supported by the Parks and Recreation Board and the City Council has been given a draft of a 10-year funding strategy that incorporates the RAP Tax with other funds. If the Council approves a resolution for the RAP Tax, it will then be on the November 2015 ballot for a vote by Provo citizens.

What follows is a basic explanation of the Parks and Recreation Funding Strategy and the proposed use of a RAP Tax. If you want more detailed information, links to supporting documents are at the end of this article.

The City Council approved the tentative Provo City Budget without including the RAP Tax. Council Members are still studying the options and will make a decision at the July 21 Council Meeting on whether or not to have the RAP Tax move forward and be placed on the November ballot. Discussions between the Council and the City Administration are continuing as they consider how the revenues would be spent. Information in this article was based on the original plan presented to the Council by the Parks and Recreation Department. 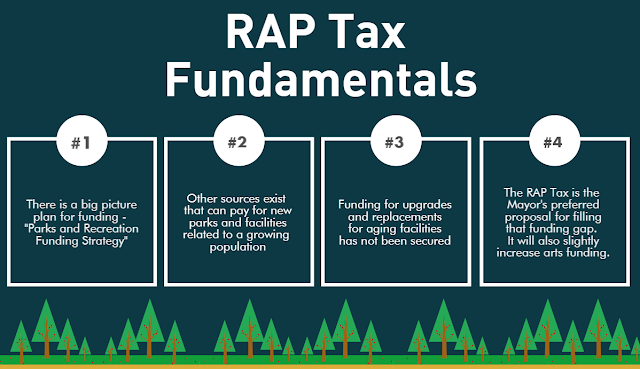 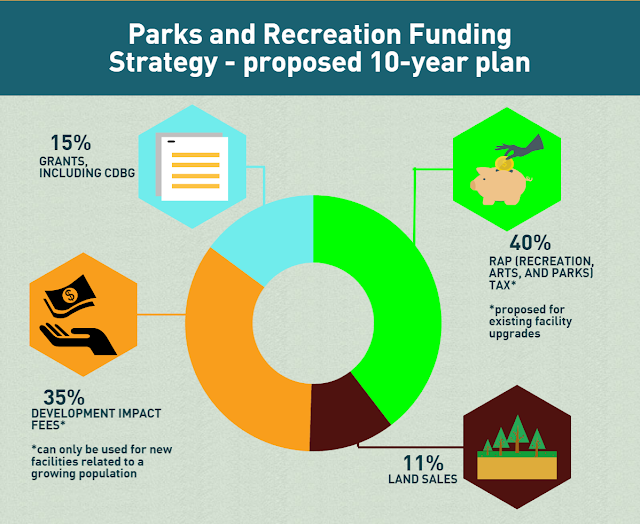 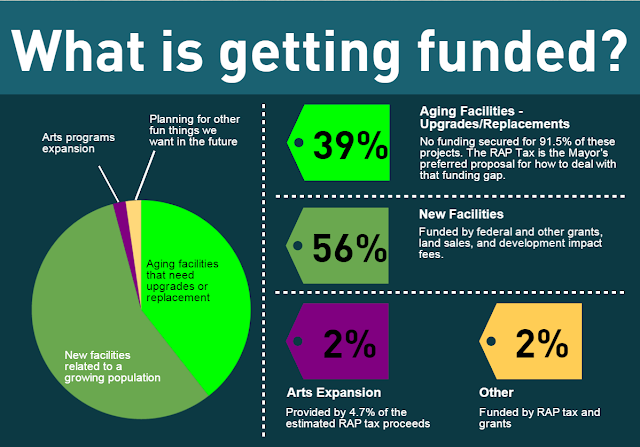