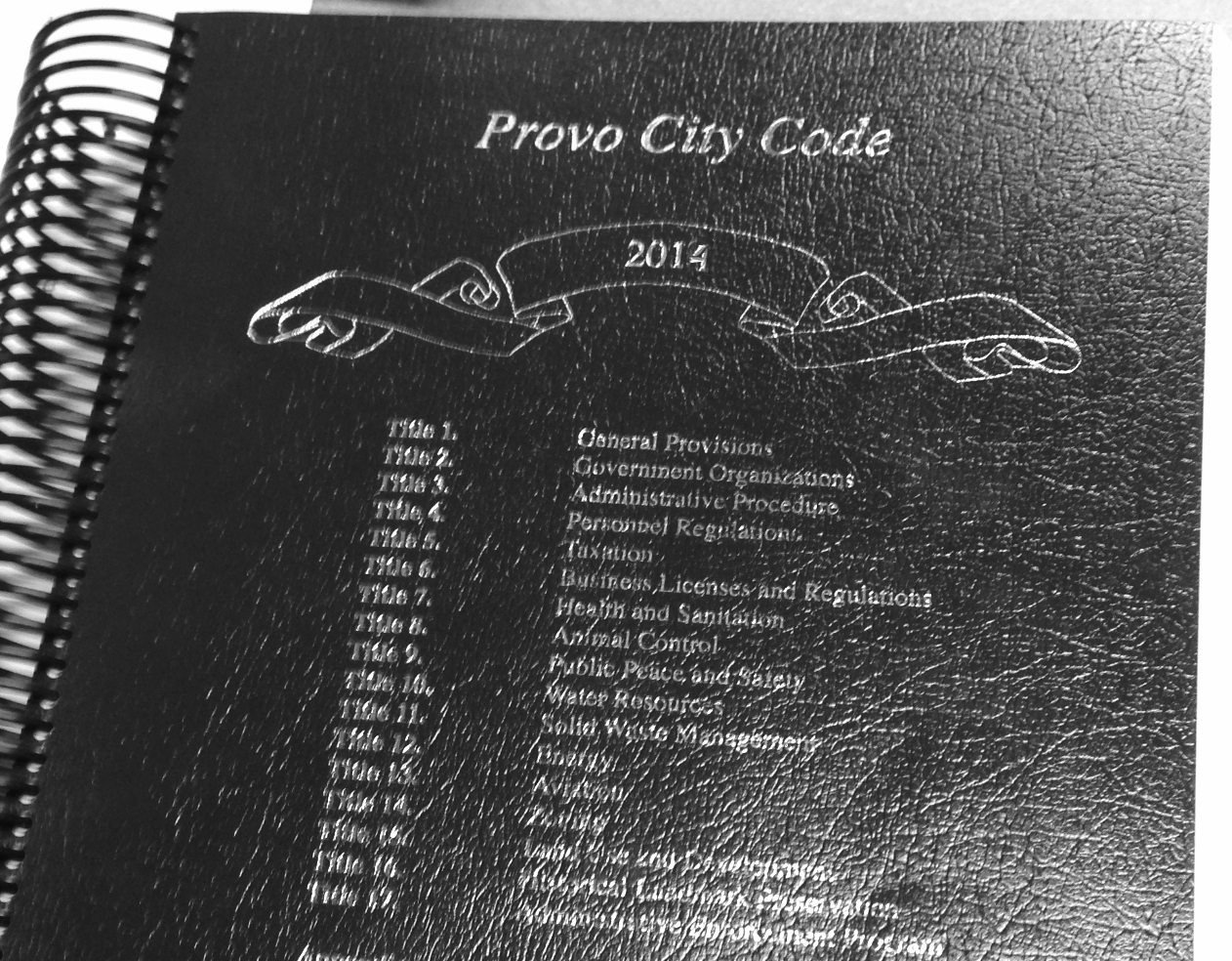 On January 6, Council Members passed the necessary ordinance amendment to make this the most correct version of the Provo City Code. Appreciation was expressed for the efforts of Louise Jorgensen in the Council office for her work in getting this project done in time for the first Council Meeting of the year.

The online version of the City Code is updated within two weeks of an ordinance being passed. It is available at code.provo.org.