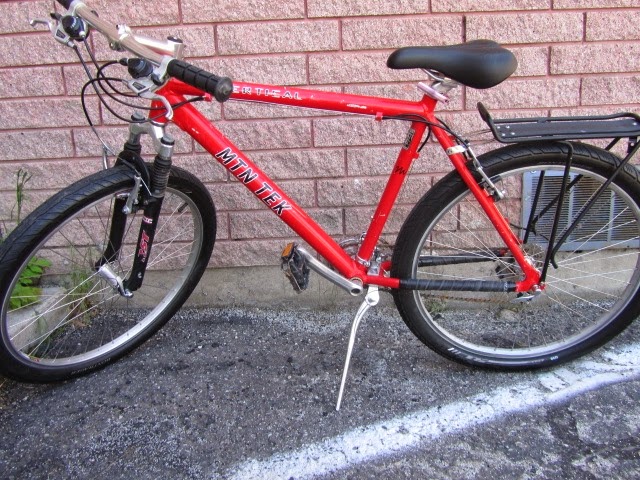 
Council Members have recently discussed how unclaimed property acquired by the Provo Police can be more efficiently utilized.


The Council’s discussion focused specifically on bicycles and tools which come into possession of the Provo Police as stolen, abandoned, lost, or unclaimed property.


According to Utah State Law, property acquired by Provo City may either be auctioned off and the funds raised added to the city general fund, or the Council can authorize a conversion of the property into public use.


Provo Police collected 262 bicycles last year, and after unsuccessful attempts to reunite them with their owners, sold them to an auctioneer for $13 each, depositing the monies earned into the Provo City General Fund. The Council’s intent in the discussion of disposition of bicycles focused on an exploration of  more efficient uses for bicycles which would benefit the community to a greater degree than collecting a paltry $3,500 for use in the general fund.


As a result of their discussion, it was determined to permit Provo Police to have first access to the stolen bikes which they use in crime prevention activities, and allow the remainder of the bicycles to be utilized by The Provo Bicycle Collective, a non-profit 501c3 organization. The Provo Bicycle Collective explained how their organization would make better use of the lost or stolen bicycles in a presentation at the Council’s Work Meeting.


“As a non-profit organization, the Provo Bicycle Collective’s goal is to provide residents of Provo, especially the needy, with access to a professional bicycle shop and tools at low cost,” said Zac Whitmore, Director of The Provo Bicycle Collective.  “Thousands have already been helped.”  Whitmore said the Collective’s Earn a Bike program, which benefits at-risk children, would greatly benefit from a donation of the bicycles. Earn a Bike provides training for at risk youth over the course of a week, where they learn bicycle repair and maintenance skills. Following completion of the program, the child gets to keep the bicycle they have repaired. Whitmore said this gives kids skills which can help them gain employment at seasonal bicycle sellers and assemblers, like Walmart and Target, and also provides them with a means of transportation.


Whitmore said that after repair, the typical bicycle improved by the Collective is valued at $65, a significant improvement from the $13 the city now receives from auctioned bicycles.


Provo Police also said they had a use for some unclaimed stolen or abandoned tools, but would need the Council to authorize the conversion to public use.