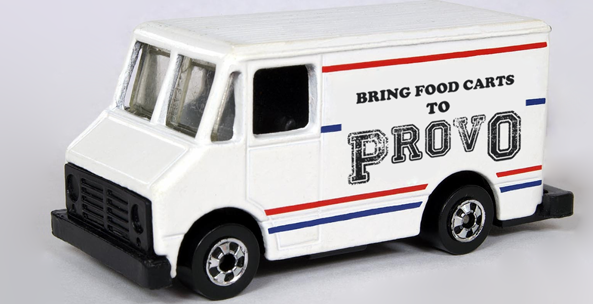 You can help inform the Council about a Mobile Food Vending in Provo. Just take a few minutes to offer the Council some feedback from your point of view by completing this survey.

Information collected via this survey will be used to inform Council Members as they consider proposed legislation for mobile food vending in the city of Provo.

You can also leave comments on this article, or by contacting Council Members directly here.

How to measure success - Benchmarks for Downtown Provo, Inc 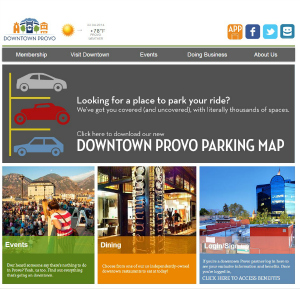 At the Council’s Work Meeting on Mon. April 15, 2014 the Council discussed how the Council’s policy goals and vision for improving the downtown Provo area may be met by Downtown Provo, Inc. The presentations and discussion focused on setting benchmarks for the organization.


The policy review to determine purpose and role for Downtown Provo, Inc. produced the following areas of focus.

Mike Buonomo, Director of Downtown Provo Inc. then also offered a brief presentation to discuss benchmarks for the organization.


Benchmarks discussed by Buonomo include:

If you’d like to review the presentations and the discussion about the particulars of how established benchmarks would be applied, you can watch the video of the Council’s Work Meeting, beginning at minute mark 59:43.


If you have feedback or comment for the Council regarding Downtown Provo, Inc and how to benchmark the program, you may either leave a comment on this article, or contact your Council Member directly here.

Provo Plugged In - Council hears presentation on power from UMPA

At the Council’s Work Meeting on Tues. April 15, 2014, Utah Municipal Power (UMPA) offered a presentation to familiarize the Council with their operations, and inform the Council of upcoming projects and challenges.


UMPA presenters said their agency was established to respond to three main areas of concern:


The remainder of the presentation covered the structure of the organization, the benefits it provided to Provo, and the resource mix of power provided by the agency.


If you’d like to review the presentation, see here.


Comments for the Council regarding UMPA may be left on this article, or addressed directly to Council Members here.

Have your say, give a comment on the Community Development Block Grant (CDBG) Action Plan 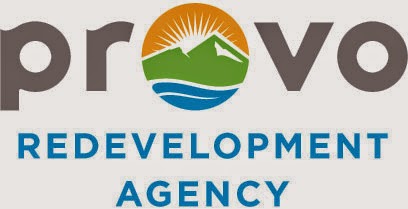 At the Council’s Work Meeting on Tues. April 15, 2014, the Council heard an update regarding public comment for the Community Development Block Grant (CDBG) Action Plan.

The Council approved Provo City Redevelopment Agency’s plan for the upcoming CDBG (see here and here), including specific projects which will be submitted to the U.S. Department of Housing and Urban Development (HUD) at Council Meeting on Mar. 4, 2014.  A 30-day public comment period for the Action Plan Update has been announced, and will expire on May 15, 2014. The public comment legal notice was published on April 13, 2013 and will be republished on or about May 11, 2014.  See the notice here.

A public hearing on this item will also be held on May 20, 2014. All written comments from citizens and impacted organizations will be included in the Action Plan Update to HUD.

Please refer all comments, both oral and written, to Robert Horton or Dan Gonzalez at 351 West Center, Provo, UT 84601. You may also call 852-6160 between 7:00 a.m. and 6:00 p.m. Monday through Thursday. Or email comments to rhorton@provo.utah.gov or dgonzalez@provo.utah.gov.
No comments:

On Sat. April 12, 2014 members of the Provo community gathered to clean-up trash, dead tree limbs, and other rubbish from a Provo City saw and grist mill historical marker located adjacent to Taco Bell at 150 West 1230 North.


Provo City provided a tree pruning crew who helped thin and trim dead growth on the copse of trees located at the landmark. The city also provided a dumpster for volunteers to place trash and other materials cleaned from the site.


You can check out a few photos of clean-up efforts here:


If you’d like to check out some “before” photos of the location, check out this post from the Council’s blog announcing the event.

Check out provocenterblock.org for event details


A public workshop will be held on April 14-17, 2014 as an input process for community members to discuss ideas about what is best for the City Center Block and its relationship to the downtown. This workshop is sponsored by Provo RDA who have contracted with Placemakers, an urban design consulting firm. Read more about a presentation they recently offered the Council on the Council’s blog here.


According to the website for the workshop, provocenterblock.org, the community will be asked to answer the following questions:

The event will include stakeholder input, including focus groups and presentations to outline some of the possibilities for the center block. If you’re still interested in what’s going on, but don’t care to participate in the focus groups or presentations, you can drop by to see for yourself some of the ideas and ask questions on April 15 and 16 at the work studio on 10 N. University Ave., Provo.


If you have any questions about the process please visit provocenterblock.org for event details.

Members of the Provo community have organized a cleanup of a landscaped area adjacent to the Saw and Grist Mill Historical Marker to take place on Sat. April 12, at 10 a.m. The marker is located adjacent to Taco Bell at 150 West 1230 North.

Provo City will have a dumpster and tree pruning crew join the cleanup effort.

Some windblown trash along the edge of the cleanup site.

The idea for a cleanup of at Mills Park was introduced on the Provo politics and news Facebook group “Our Provo” by admin Melanie McCoard. McCoard notified the Council of the event at its April 1, 2014 regular Council Meeting during public comment.

Tosh Metzger, a citizen who wrote of his support for the cleanup effort on Our Provo wrote, “I’m really loving this energy! I’m in! I think we could really make a difference here!...When I drove by after getting a few tacos and an empanada, I was sickened to see so much trash at a really cool place!”

The effort quickly grew as members of the community pledged to take part in assisting the cleanup.

If you’re interested in attending, bring work gloves and be prepared for a community effort.

At the Provo Council Meeting on April 1, 2014, the Council voted to continue discussion of an ordinance permitting organized fighting contests, such as Mixed Martial Arts (MMA) fights, in Provo if approved by, and in compliance with the Utah Athletic Commission regulations.


This issue was brought before the Council as a result of outreach by Danny Wheeler, the general manager of the Utah Valley Convention Center, who approached Provo Mayor John Curtis to ask what conditions would need to be met to allow Mixed Martial Arts (MMA) fights in Provo.


As a result, Council staff researched the issue, and brought a presentation before the Council. According to staff, the main obstacle to permitting such fights in Provo code is focused on the the use of headgear as mentioned in the ordinance as a requirement relating to organized fights, as well as only being allowed on city-owned property. MMA fights do not utilize any sort of headgear protection.


The discussion then centered on whether a change to the ordinance should be made to permit Mixed Martial Arts (MMA) style fights.


Council Member Kay Van Buren indicated that initially he was unfamiliar with the issue of Mixed Martial Arts (MMA) and so he took some time to educate himself by watching a variety of competitive fights. Council Member Van Buren said that exercise was helpful, but that he also looked toward members of the community for their input on this issue, and also utilized Provo’s Vision 2030 policy document as a way to understand if there was any insights to help clarify what the Council policy on this issue should be that would be reflective of community values and vision.


“Vision 2030 indicates one of the main visions for Provo is to ensure that, ‘Provo (is) an inspiring place to live, learn, work and play’,” Van Buren said. “I said to myself: there’s nothing inspiring about MMA. So I sent a letter to other Council Members and said I can’t support this and I offer you to join me. And so that’s where I stand. I do not support this. If this kind of sport is necessary, I know there’s a lot who participate in the training, there are other venues nearby, and it’s not like we’re eliminating the sport,” Van Buren said. “In my own little unscientific sample and feedback from the community, the input has been against permitting MMA.”


“Well over 4-1 of the respondents to my outreach were against the addition of Mixed Martial Arts (MMA) fights in Provo,” said Council Member David Sewell.


Council Member Stephen Hales also offered similar comments to the Council regarding his constituents being opposed to allowing MMA fights in Provo.


“I am concerned about rolling out the red carpet for these sorts of events, especially when there are other opportunities for those who care to view these events so close,” Hales said.
The Council voted to table the item, with the expectation of revisiting the issue after Council staff has an opportunity to research further alternative proposals limiting such types of events and present those to the Council.


The ordinance being discussed for possible amendment may be found in the Provo City code here, under Chapter 9, subsection 14.


Those wishing to review the video presentation of this item may do so on Provo’s Channel 17 here.


The Daily Herald wrote an article detailing the Council’s discussion, which you can read here.


If you have input for the Council regarding permitting Mixed Martial Arts (MMA) style fights in Provo you can leave a comment on this article, or reach your Council Member directly. Council Member contact information may be found here.