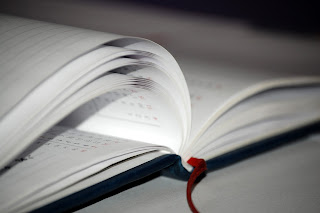 At the Council’s work meeting on Tuesday, November 19, 2013, Council Members agreed a draft of the mission and vision statements (link here) as they move forward with the policy governance model.

The content of the draft is still subject to modification or change, as the Council continues its review of the content.


Below is the text of the documents presented to the Council in draft form:


Provo City Municipal Council
7 November 2013
Draft Mission Statement
The Municipal Council exists as the policy steward and overseer of executive performance in
municipal governance, much as a board of directors in a corporate structure. In this dual role,
the Council seeks a far-ranging and far-sighted perspective and is responsible for asking
regularly, “What is in Provo’s best interest—economically, culturally, environmentally, and
socially?”—in order to cultivate Provo’s desirability as a multi-faceted place to reside, work,
study, innovate, recreate, and raise a family. To that end, the Council nourishes a workable
vision of the City’s future, adheres to high ethical and operational standards, engages the
creative energies of the Mayor and Executive Director, and encourages their success—all the
while maintaining an open, accessible, transparent, accountable, and citizen-friendly culture.
Draft Vision Statement
Provo’s celebrity as a smart, hospitable, well-supplied, innovative, energetic, and peaceable
community continues to receive global notice, not least because its mayor-council government
remains vigilant—tracking trends, identifying potential resources, and actively supporting new
and provident synergies in its business, educational, cultural, and recreational sectors. The
municipal government’s insistence on the sustainability of the City’s budget, infrastructure, and
natural environment is matched by its untiring commitment to the quality of life for all who
reside, work, seek services, and tour within its limits. Diligent in its legislation of property
rights, the Municipal Council is equally attentive to the general welfare and provides a dynamic,
inspiring model of governance that is affirmed locally, regionally, and nationally


If you have feedback or comment on the Council’s vision or mission statements, let them know by either leaving a comment on this article, or by contacting your Council Member directly here.