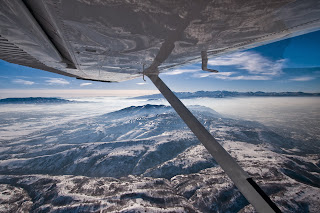 It’s no secret that over the last several years, a growing concern for the quality of the air in Provo and in Utah has become an issue which resonates strongly with residents and citizens striving to be environmentally aware and health conscious. Provo, together with a few other Utah communities, has found itself ranked high on the list of worst air quality nationally during winter months as reported around the state and country. (Daily Herald article here, Provo Council Blog post here, Salt Lake Tribune article here).

The fact that Utah’s air is not always the cleanest can in some part can be attributed to its unique inversion effect (Read more here).

In this post I would like to 1) review solutions which have been implemented or proposed and 2) explore and promote discussion on what other steps may be taken to ameliorate the situation.

What are some potential solutions which have already been proposed or enacted which can help clean up the air in our communities?

So what are potential solutions for Utah and for Provo? Are any of the proposals, which are either being enacted by other cities in Utah, policies which Provo should follow? How can we take the steps promoted by the Governor’s Utah Clear Air Partnership, and be conscientious consumers of energy and transportation?

What are your thoughts? What can be done to help clean the air? Do you feel the Governors’ solutions are adequate? How can we educate Utahns and Provo residents about how their behavior contributes to air quality?