At the most recent Council Meeting,  the Council honored a delegation from Provo’s sister city, Nanning China. The Council members also participated in a luncheon with the delegation. Sister cities are formed to promote cultural and commercial ties between geographically distinct cities. The relationship between Provo and Nanning promotes the sharing of ideas, cross cultural exchanges, and provides access to business opportunities.

According to reporting in the Daily Herald, the relationship between the cities began in the year 2000,under Mayor Lewis Billings, and has been positive since.

Mayor John Curtis and Council Chair Gary Winterton recently returned from a visit to Nanning China to help build the relationship. The Mayor, sensitive to costs said on his blog,”Funding of the relationship remains a challenge and both Gary and I made sure no tax-payer money was spent on our trips.”  You can read more about their trip in the Daily Herald here, and from at the Mayor’s Blog here.

Here are some notable facts about Nanning:

The Council is holding a series of public outreach meetings on the Utility Transportation Fund as a mechanism to fund Provo’s roads for the long term. The Meetings will be held at the following dates and times:

See this video for an explanation of why roads need additional funding and how this option meets the goals of the Council and Mayor.

Those that generate traffic on the roads, will proportionally pay for the roads. Instead of relying solely on the property owner to pay for roads through property taxes, now every stakeholder will be contributing.

Transparency:
Road funds are clearly set aside for the purpose of road repair, construction and maintenance in a dedicated account. Residents can clearly see how they are paying for roads. This allows for greater accountability on the part of elected officials.

The solution should be responsible and account for long-term needs. With bonding, the city rolls over remaining interest into the next road bond, refinancing accrued interest. At some point the city will run out of capacity to bond. It’s like taking out a home equity loan to pay your utility bills, and is neither fiscally responsible or sustainable.

Please share, invite and inform your neighbors and friends of this discussion, and the opportunities to engage with the Council in a real discussion about the Utility Transportation Fund. We need to hear your voice.

Here's a FAQ that addresses common questions about the details of the Utility Transportation Fund. Please visit and review if you have further questions before the meetings.

Last Tuesday the Council toured Provo by bicycle, to review proposals by the Bicycle Master Plan, and see firsthand how those proposals would impact issues like traffic flow, navigation, and safety.


Guiding the tour was Travis Jensen of  Alta Planning and Design, which has prepared the draft of the Bicycle Master Plan. He has worked on Bicycle Master plans for cities and universities, such as Salt Lake City and Brigham Young University.

Many sources of feedback from the community regarding the Bicycle Master Plan were tapped in preparation of the draft, including the Provo Bicycle Committee, which Council Member Sterling Beck has participated in.


Council Members also viewed and discussed potential problem areas which have awkward bicycle “right of way” designations, such as around the FrontRunner station in Central Provo.


What are your concerns as a resident regarding bicycle traffic? How do you feel the Bicycle Master Plan ought to reflect those concerns?

The Council recently approved a zone change for development of a property located at approximately 4850 North University Avenue. Through the process of meetings between the neighbors residing in the area and the developer, a mutually agreeable solution to potential neighborhood issues was reached through the use of a development agreement.


The developer offered the following conditions as part of the development after hearing neighbor concerns.


The Council then authorized the Mayor to finalize the agreement with the developer.


You may find a copy of the meeting materials from the Council’s rezone here.
Read the Neighborhood meeting report on the site here.

What are your thoughts on development agreements as a tool to resolve issues between developers and neighbors?
No comments: 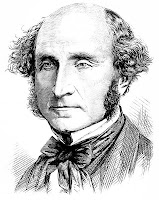 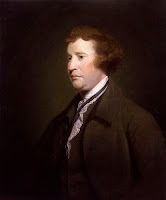 As my term of office began, I determined to approach policy issues of land use and budget—the two legislatively-mandated bailiwicks of the Municipal Council—in a deliberately libertarian stance.  The stance I sought was one I had learned from reading Edmund Burke and John Stuart Mill. Basically, it involved asking the following question when I initially approached any issue:  Does government (specifically, municipal government) have an arguable or defensible stake here?
The stance rendered many issues irrelevant—at least from my perspective.  This does not mean that the Municipal Council left them unconsidered.  It is a representative body, and my stance is not necessarily that of my Council colleagues nor should it be.  Still, I have endeavored to maintain the stance, investing my efforts at policy analysis and adoption particularly in issues where I answered the telltale question affirmatively (and almost always for reasons of the general welfare).
To convey a deeper sense of how the stance has played out, I cite a recent Municipal Council decision, namely, Provo City’s schedule of business-license fees.  A consulting study commissioned by the Municipal Council prior to my membership had proposed several recommendations after concluding that the fee schedule existing at the time was inequitable.  Because state law permits municipalities only to charge fees to recover the costs of administering the licensing process, the consultants had parsed the costs into three categories.  They were (a) clerical costs, (b) inspection (regulatory) costs, and (c) costs of emergency services (police, fire, and medical, that is, nonregulatory services) provided by the City to businesses.
The recommendations focused on clerical and regulatory costs, and urged that the City’s cost recovery would be more equitable were it based on a much more extensive classification of businesses.  Ultimately the Municipal Council adopted a revision of the recommendations that adjusted some of the categories and the fees assigned to them.  At the time I expressed misgivings about the accuracy of the information on which the consulting study was based and my consequent suspicion about the claim of equity that accompanied the consultants’ recommendations.
Less than a year later the Municipal Council revisited the issue of business-license fees, given the volume of complaints of inequity in the meantime.  With added opportunity to study the issue, I raised three questions.  First, rather than charging a fee for a license, that is, selling a license (which seems premised on the assumption that it is a privilege to do business in our fair city), why not provide the license free of charge (on the libertarian premise that doing business likely is good for the city)?  After all, automating the original-application procedure and the renewal procedure should reduce the clerical cost to a modest entry in the City’s expense budget.  Second, why not expect the business applicant to stand the regulatory costs, that is, the cost of the inspections required by the City’s code as part of the general welfare and the cost of doing business?  The third question repeated the second, this time for the nonregulatory costs.
On the assumption that exceptions will need to be granted for both regulatory and non-regulatory costs (consider accidents requiring emergency services that occur at a business location but that are no fault of the business), I urged that an adjudicatory or appeals body be appointed by the Municipal Administration to consider such cases and determine whether they qualify for cost subsidy from the City budget.  For the present, the budget could continue to assign nonregulatory expenses as in the past, but these would be expected to fall as businesses assume a fair share of those costs.  One consequence might be the failure of businesses that are ineligible for subsidy and unable to afford the regulatory or nonregulatory costs.
Instead, the Municipal Council’s decision was to return to an older version of the business-license fee schedule that predated last year’s decision, modifying its number of business categories and attendant fees slightly in hopes of improving equity.  The decision leaves the City budget still subsidizing regulatory costs and nonregulatory costs at an annual level of $1.2M.  By my libertarian reckoning, this sum may be a million dollars more than it reasonably should be.
Hal Miller
Member, Provo City Municipal Council
No comments:

During Council Meeting on September 3, the Council issued a joint resolution, which passed 6-0, with the Mayor to outline a plan to create a Utility Transportation Fund. The proposed fund’s purpose is to develop a sustainable revenue source for needed road maintenance.


The resolution outlines key principles which the Mayor and Council agree on in reaching a decision about the proposed Utility Transportation Fund. Among those principles are equity (ensuring that those who use the roads the most contribute to their maintenance), transparency (ensuring that funds for roads are closely earmarked for that purpose), and sustainability (understanding that any revenue source must cover both long and short term projected costs in a self sustaining way).


According to the resolution, the Mayor and Council will work together to consider implementation of a Utility Transportation Fund and by ordinance dedicate funds for road maintenance annually beginning 2014.


The text of the resolution may be found here.


The Council also announced several meetings to invite public comment on this issue.