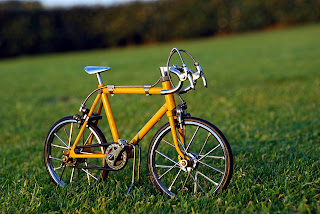 The Council has received an update about the Bicycle Master Plan from Casey Serr, Operations and Planning Section Manager of Provo City Public Works Department.

Serr presented a technical report, which he said had been the work of several years drafting and planning as part of an effort to integrate bicycles into the Transportation Master Plan for the city.

The technical report is eight chapters long, with a detailed breakdown of current plans and future recommendations. The report also describes how the city’s plans have developed into their current form. Serr said the final plan is around 245 pages, with the recommendation section covering about 38 pages. The report was prepared by Alta Engineering, guided by a steering committee including Council Members and citizens.

The report also includes current plans from a variety of organizations and agencies which may impact Provo’s vision. These plans include input from UDOT (Utah Department of Transportation), MAG (Moutainland Association of Governments), UTA (Utah Transit Authority), the existing BRT (Bus and Rapid Transit) and Provo’s Vision 2030 documents and other sources.

Serr said chapter five of the report includes recommendations resulting from studying those and other plans, as well as input from the Council’s trip to Boulder, Colorado.

“We are purposing a streamlined version of the recommendations outlined in chapter five of this report for the Council to adopt officially as the Bicycle Master Plan. This will replace the current policy, and become a segment of the current Transportation Master Plan,” Serr said.

Other portions of the presented plan included way finding and bike parking, and the programs associated with how to make the Master Plan work with community goals. One key segment of the plan addresses how funding sources can be obtained.

“There are a lot of tools in the bike toolbox as a result of this report,” Serr said. “This document is going to be a working document for us now and into the future.”

Serr said there is no projected time-frame for the implementation of the plan, as available funds and budgeting for costs have yet to be worked out. Serr said the plan also lacks a discussion of how additional costs from construction elements and right-of-way will ultimately affect the plan, as those costs are hard to predict.
Council Member Rick Healey asked if there were anything that Serr disagrees with in the report.  Serr responded he doesn’t necessarily disagree with anything in the plan, but acknowledges challenges to implementing parts of the plan.

“I don’t know if there’s anything I disagree with, but there are some elements that are clearly going to be a challenge to complete politically, financially, and fiscally,” Serr said.

Council member Hal Miller asked if this report has been shared with the Mayor’s Sustainability Committee, to which Serr responded that he had shared the plan with the Mayor’s office, but emphasized that the plan is still in draft form.

Serr indicated that at this time he’d like the Council to review the plan for potential red flags and stumbling blocks before the draft is finalized. However, he also expressed his confidence in the report.

“This is a good document; it has a lot of input from everyone,” Serr said. “If we implemented this plan I think we’d be able to garner a lot of national recognition for implementing a wise strategy.”

The Council will review this draft for several weeks before giving feedback to the public works department.

Are there issues you think the Council should give special attention to? What’s your idea for how bicycles fit into the community? Let your Council member know by commenting on this post, or on contacting them directly here.