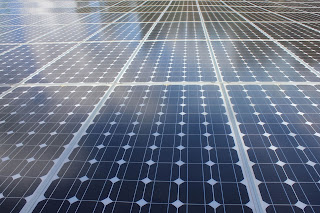 The Council is considering adoption of an ordinance regulating solar panels in Provo City.

During a recent work session meeting, Council Member Beck brought up the possibility of the Council revisiting a solar panel ordinance which was first  introduced in a public meeting on Jan. 18, 2010, but ultimately was not adopted.

Since even in the short time since the Council first considered adopting the ordinance development in solar technology has allowed smaller panel units to output more power, Beck said the Council should revisit the permitted size of solar panels, which he plans on discussing in more detail during work session on Tuesday.

Provo currently allows the construction of solar panels with a building permit from the city, with no further regulation. The proposed ordinance reflects principles learned from other cities about how to establish guidelines for solar panel units which addresses the concerns of all parties.

Beck also said net metering is a large part of why many people are interested in solar panels, and which may lead to a growth in those utilizing the technology.

“Net metering allows residents to plug into Provo’s grid and input energy into the grid during peak solar collection hours, and then receive a credit which they may use during off-peak hours, when the sun isn't readily available,” Beck said.

According to the ordinance, in the future anyone wishing to utilize net metering by connecting to Provo’s grid must receive a building permit from the city, and see that their solar generation devices meet specified conditions described earlier. For safety reasons the ordinance also determines a licensed professional must install the device to ensure conformity to those standards.

If you have comments or feedback for the Council about solar panels, leave a comment here, or contact your Council Member directly here.

I like this post,And I guess that they having fun to read this post,they shall take a good site to make a information,thanks for sharing it to me.
Zonnepanelen